The Rapid Failure method is a technique for memorizing the combinations of simple forms that, when combined together, create something complex.  Everything we perceive can broken down into simple shapes, which is a key principle in drawing.  If we memorize those shapes we can develop a mental roadmap that allows us to depict whatever we want, whenever we want.

I developed this technique while looking for a way to incorporate spaced repetition in drawing, thus allowing me to draw from memory.  I wanted something simple and quick and so far, it’s worked.  Here’s how to do it.

Once you understand how to draw a dog, that knowledge is transferable to every single quadruped that lives or has lived on planet Earth.

As the name implies, it’s important that you move rapidly.  But when I say rapid, I don’t mean move the pen as fast as you can — it means to not stop, to move steadily and continuously and to fail with purpose.

Use a pen.  It should be obvious that you’re not going to be erasing anything, and you want your lines to be bold and visible.

The shape, form and construction of various objects is transferable.

If you have any questions, agreements or feel like antagonizing me, or a way this technique can be altered and enhanced, do me a solid by leaving a comment below.

Good luck, and have fun failing.

A batch of work from last night at the Artisan Asylum.  If you live in the Somerville area and have nothing going on during Tuesday nights, how come you’re not coming to this?

I’ve been using a technique that I had no idea I was utilizing until last night.  I suppose it resulted from banishing pencils from my toolbox a while back and sticking with a pen, which forced me to draw the figure on my first and only pass.  It don’t know if it has a name, but let’s call it Triangulation, for that’s essentially what I’m doing. 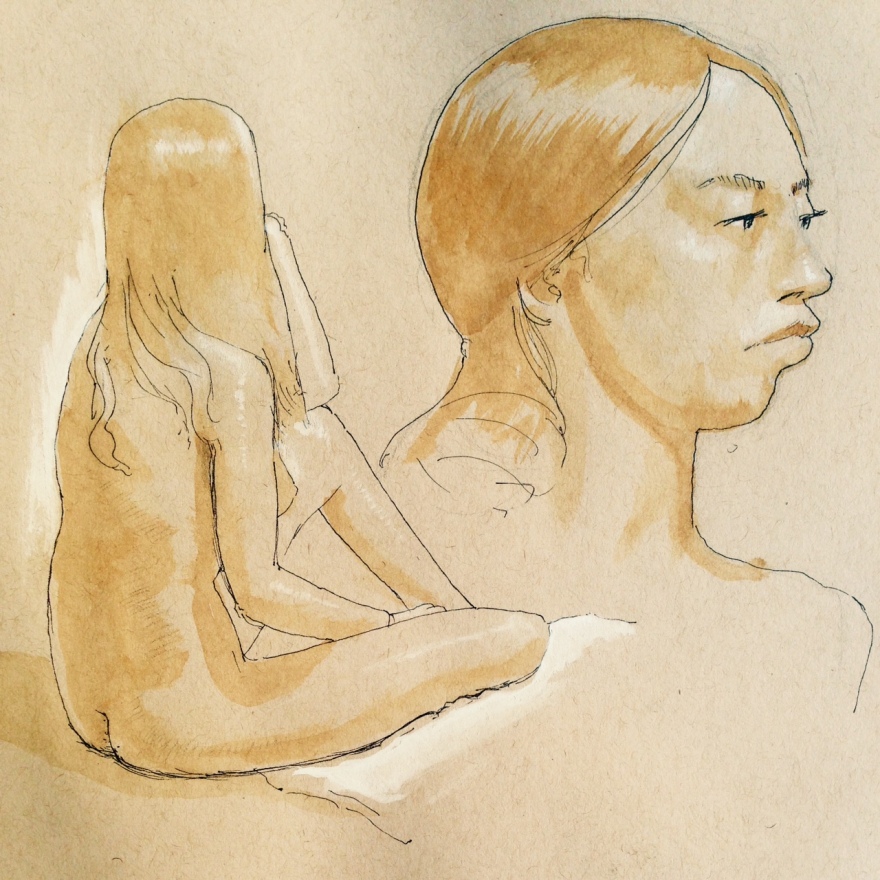 Using the above image as an example, It’s almost impossible to determine the length of the model’s right leg without any other frame of reference.  This is why we sketch form and proportions before adding details.  I hate doing that — I like going straight to the details.  To find the length of the leg, I picture a triangle where one point is on the tip of the shoulder, the other on the tip of the knee, which finishes on the pelvis.  This creates the necessary angles, thus the necessary distances, I need to draw correct proportions.  I do this all the way down the figure,  triangle after triangle, stroke after stroke.

Triangulating the angles of the figure is a simple concept, yet the challenge lies in pulling off the correct stroke in a single attempt.  You can see in the above example that I made some errors, particularly in the shoulders of the top two drawings, where my initial angle was off.  Errors were made because I didn’t calculate the correct angle before laying down the stroke, thus I had to recalibrate.  Other mistakes are due to a lack of confidence, which — I confess — is fucking unacceptable.

The above 5 minute drawings are my favorites, for when you have so little time you don’t have space for second guesses.  You do, then you proceed.  Drawing this way, it all comes down to the quality of the stroke.  Everything else — anatomy, shading, weight, etc — is basic fundamentals.

A gaggle of images from this tuesday’s figure drawing session at the Artisan’s Asylum. 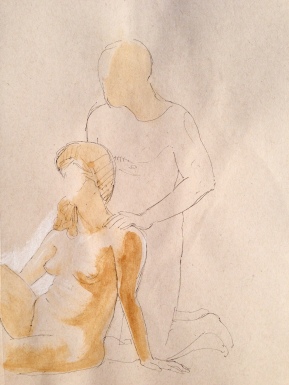 The newest batch of figure related work drawn at the Artisan’s Asylum in Somerville!! 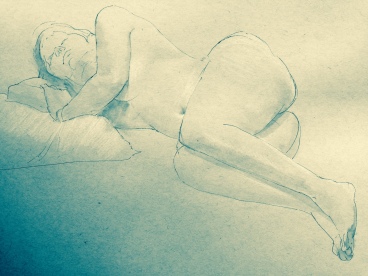 The winners from last night’s session. 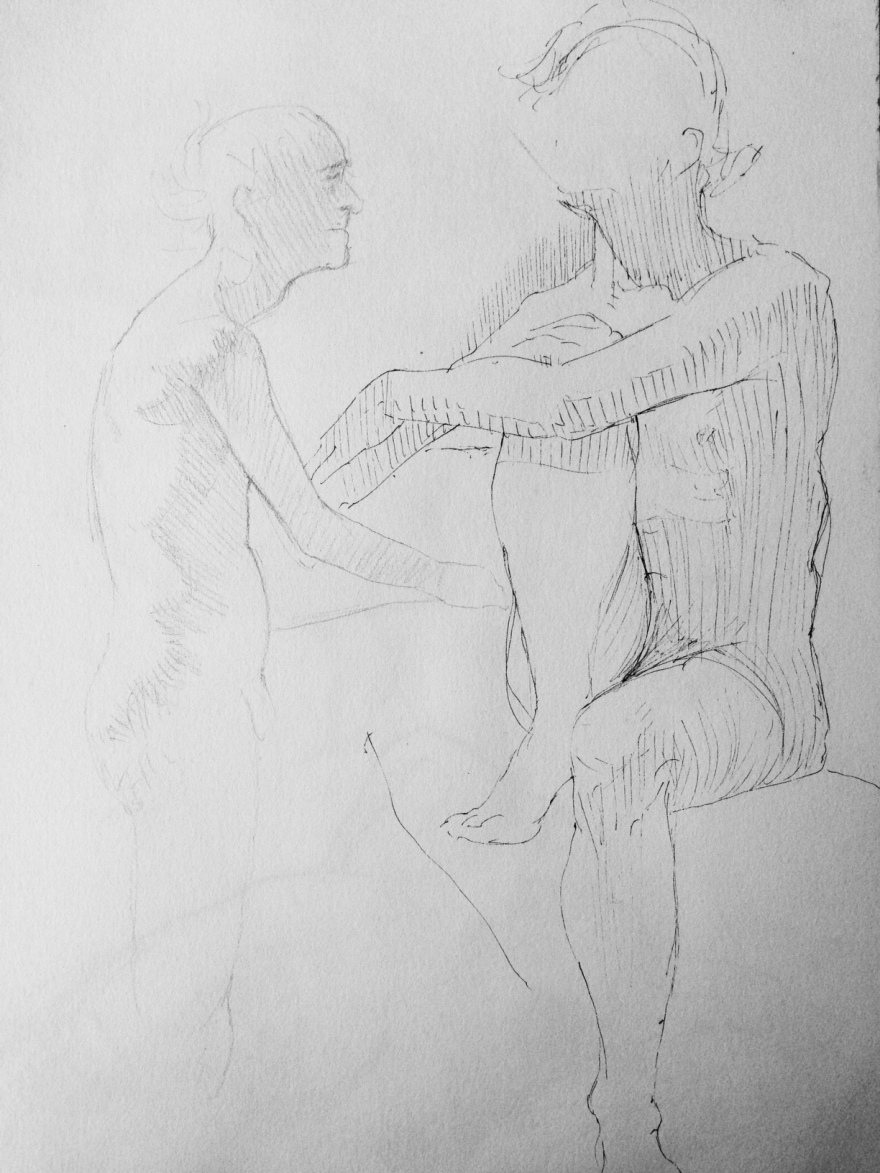 Mixed media + photoshop = Out of the Swamp. 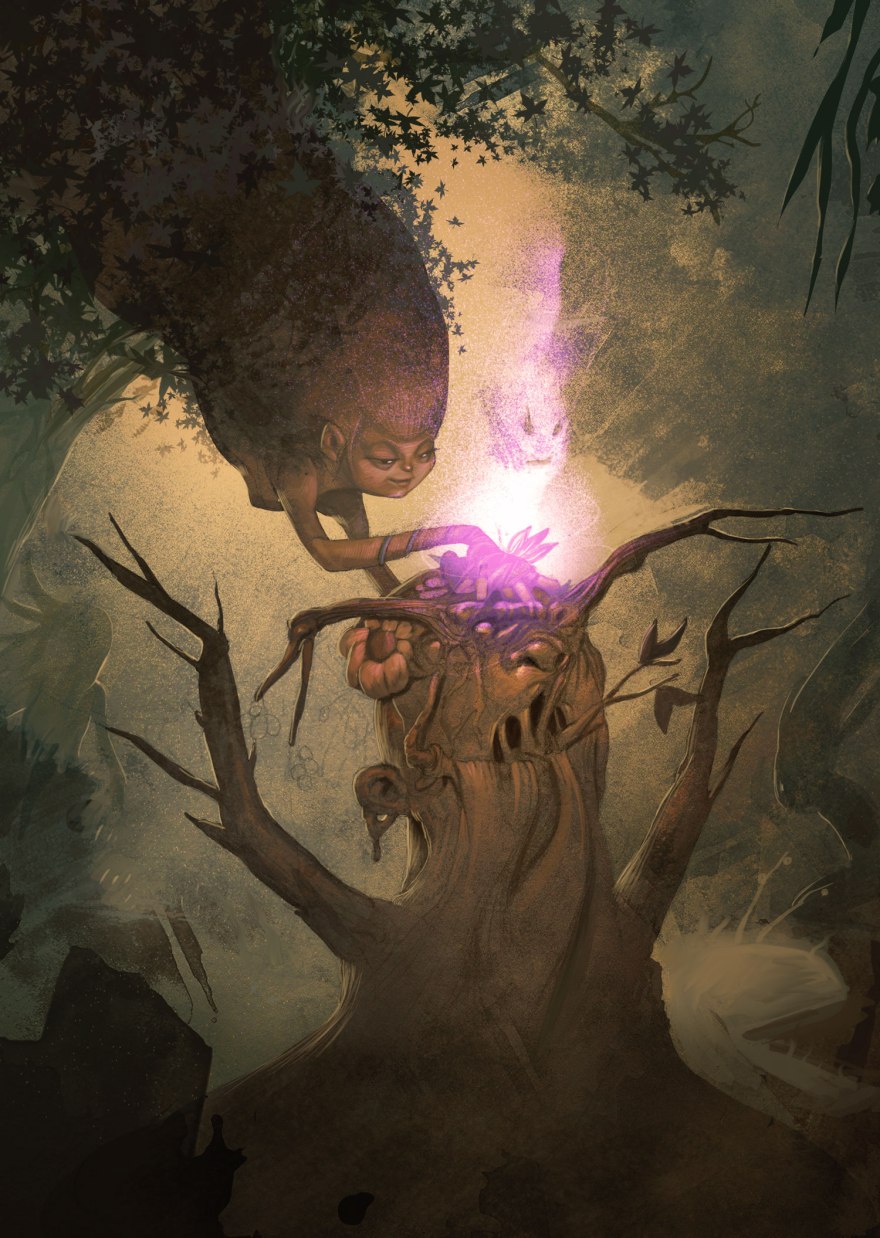 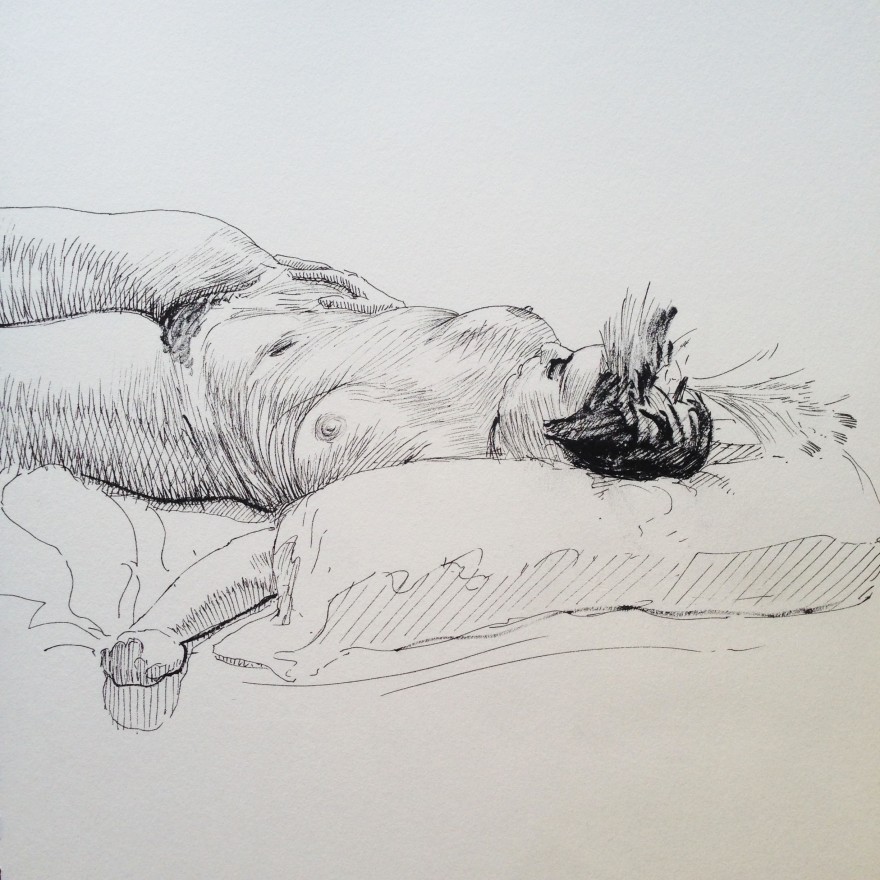